Leggera Electric Folk Band, a unique musical formation of its kind in Tuscany, which combines the power of rock with the poetry of popular music.
Our strength is the revaluation of the old popular songs. The charm of these pieces left in the memory of the taverns of many years ago is gathering more and more acclaim throughout Italy.
Thanks to the precious collaboration of Riccardo Corso and Francesco Musacco, well-known artistic producers of the Italian music scene, it was possible to dress the old traditional songs with modern clothes, thus bringing ever wider audiences closer, without losing the authenticity of the past.
To highlight the excellent work done, the moving monologue written and interpreted by the Roman singer-songwriter Simone Cristicchi in our album Gente Allegra Iddio l’Aiuta.
In addition, many songs written by us and featured on the latest album Riffe, Raffe e 10 are slowly coloring the vast live repertoire, which we have been performing for more than ten years.

The amusing tale of anecdotes and stories from a long time ago, narrated by Gianmarco Nucciotti and accompanied live by the musicians of Leggera EFB.

Formation consisting of 7 elements, in which the folk part becomes the protagonist of the show. Recommended for medium-small events.

“Pocket” line-up of Leggera EFB, to never give up our show even in intimate contexts. Recommended for medium-small events with seated audiences. 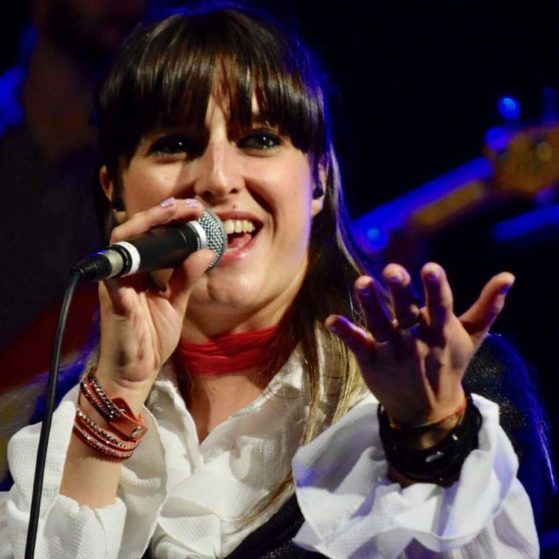 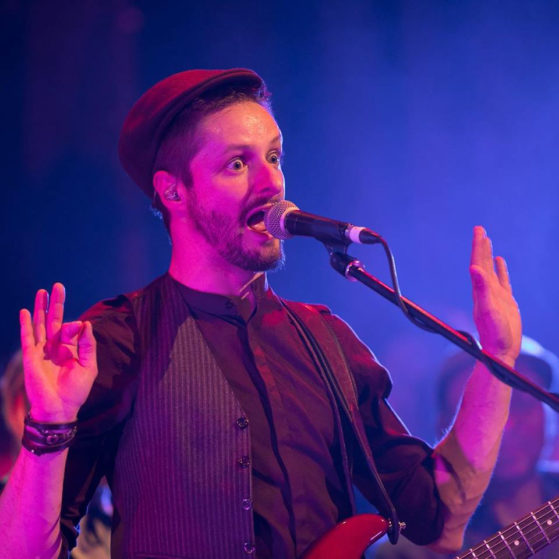 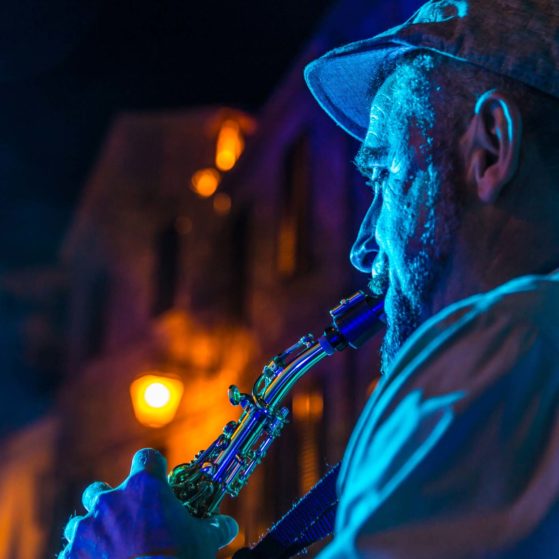 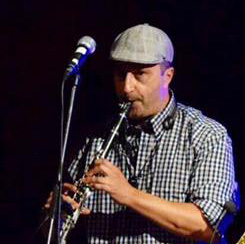 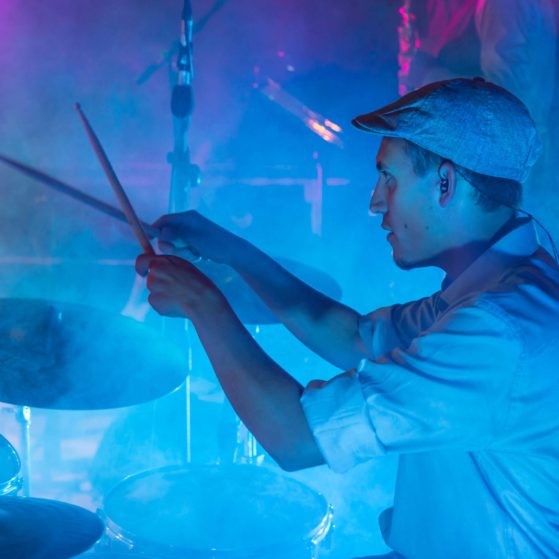 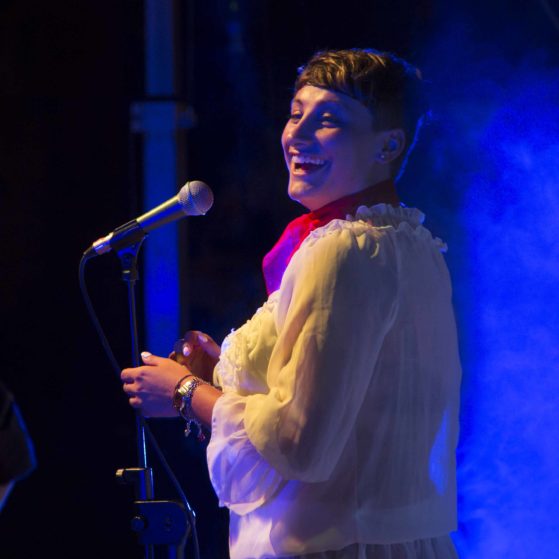 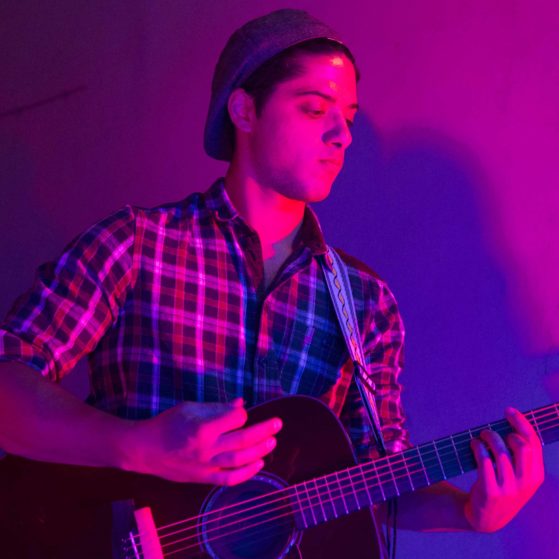 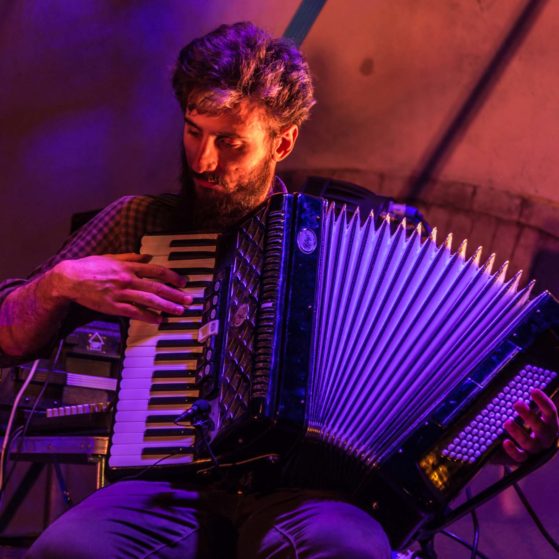 That is, the second album by Leggera Electric Folk Band

On this page I don’t often review or recommend CDs of friends or colleagues. How often does it happen to insert a CD in the player and leave it for days and days, without ever getting tired and rejoicing at every listening.
Therefore, when such magic occurs, it means that there is something underneath. Something that remains, that does not go unnoticed, ferments, accompanies: it is the intuition, the sincerity, the quality of an idea. That must be supported by any means.
This is the case of the Leggera Electric Folk Band: a group of young people who grew up between scores and acquacotta, who a few years ago invented a musical project linked to the popular songs of Monte Amiata (Grosseto), opening the dusty trunks of an ancient memory, re- sung and updated with modern and surprising arrangements. In their second and highly appreciated album “GENTE ALLEGRA IDDIO L’AIUTA!” these sorcerer’s apprentices led by Gianmarco Nucciotti and produced by Riccardo Corso, have the audacity to mix Jamaican reggae and tavern stornelli, the Muses and Caterina Bueno, the country and the stories of mine, rock and goliardia, with a taste and a desire to have fun that – I assure you – makes you want to rush to their concert tomorrow. A big applause, therefore, for the courage to do something different, cheerful, deep in this ocean of talented clones.
Now, having participated in the album in question with my monologue, someone will say that I am “biased”. Well yes: I will always be on the side of this youth who loves his land and values ​​it. And disclose its roots with music.

Listen to him! It’s a friend’s tip.
(Simone)

phone (provinces of Siena and Grosseto):

phone (outside the provinces of Siena and Grosseto):

By
We use cookies on our website to give you the most relevant experience by remembering your preferences and repeat visits. By clicking “Accept All”, you consent to the use of ALL the cookies. However, you may visit "Cookie Settings" to provide a controlled consent.
Cookie SettingsAccept All
Manage consent

This website uses cookies to improve your experience while you navigate through the website. Out of these, the cookies that are categorized as necessary are stored on your browser as they are essential for the working of basic functionalities of the website. We also use third-party cookies that help us analyze and understand how you use this website. These cookies will be stored in your browser only with your consent. You also have the option to opt-out of these cookies. But opting out of some of these cookies may affect your browsing experience.
SAVE & ACCEPT